Thirasia (Thirassia or Therasia): Thirasia is a small Cyclades island west of Santorini. You might even call it a mini version of Santorini.

It was originally connected to Santorini, however a volcanic eruption in 236 BC destroyed the land bridge between the two land masses and created separate islands. Thirasia is approximately 9 square kilometers (3.5 m2). It has a population of about 260 people. The highest point on the island is 295 meters (967 feet).

Houses are built on the edge of the cliff. The island has no beaches, but an impressive volcanic landscape.

Manolas is the largest village, located on the caldera. If you walk to the south end by the caldera crater Manolas, you pass through the village of Kera with abandoned houses on the cliff. Here you can also see the monastery of Kimisis (Assumption) built in the year 1851.

How to get to Thirasia (Therasia)

Several times a day, a boat arrives on Thirasia from Santorini. In addition, Thirasia is connected by ferry with the ports of Anafi, Folegandros, Ios, Naxos, Paros, Santorini, Sikinos and Syros.


Thirasia in other languages


Thirasia: Where on the map is Thirasia located? 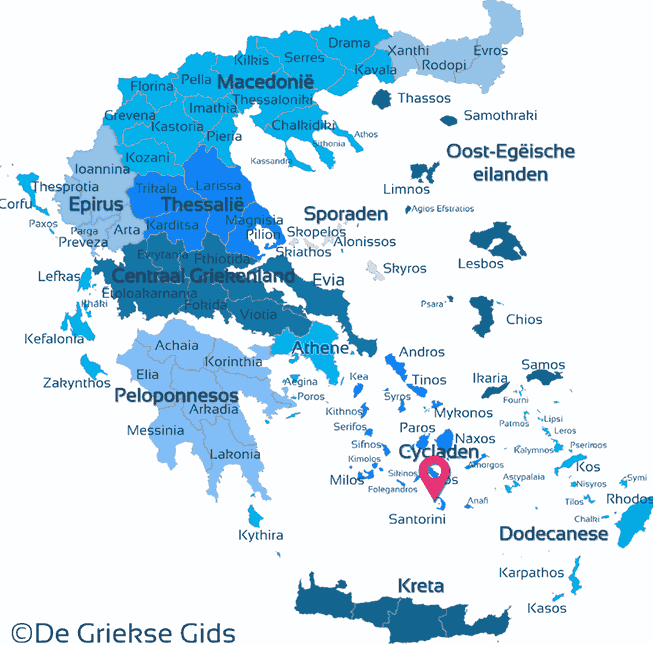 The map of Thirasia - ©JustGreece.com