The Dodecanese (means the 12 islands = Dodekanisa ), is a group of islands in the southeast of the Aegean sea. Actually the Dodecanese count much more than 12 islands. In total there are 163 islands and islets, of which only 26 are inhabited. The total area of the Dodecanese is 2663 sq. kilometers. It is a mountainous area with some plains, especially on Kos and Rhodes. The highest points are Ataviros on Rhodes and Kalolimni (1300 m.) on Karpathos. The Dodecanese is admired for the combination of Eastern and Western architecture and culture. On the islands, you will find important archeological sites, traditional villages, medieval monuments and beautiful beaches.

The two most popular islands are Rhodes and Kos. Other important islands are Agathonissi, Astypalaia, Halki, Kalymnos, Karpathos, Kasos, Kastelorizo, Leros, Lipsi, Nisyros, Patmos, Pserimos, Symi, Telendos and Tilos. All these islands have a very rich and long history. Over the years they had been occupied by different invaders like the Knights of St.John,the Turks and the Italians.


The Map of the Dodecanese 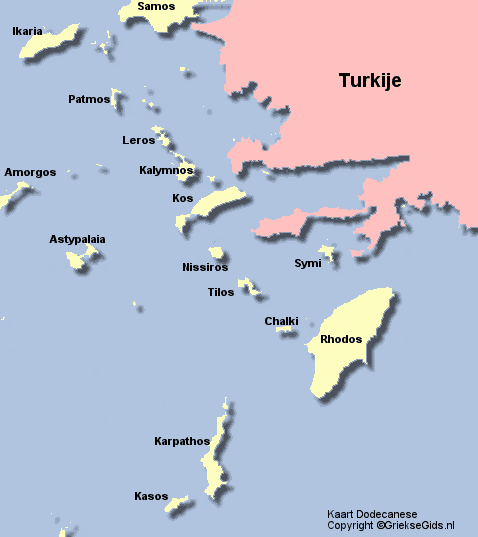 The history of the Dodecanese

The first inhabitants of the Dodecanese were the Karres and Telchines (4000 BC). Then came the Minoans from Crete, they founded Rhodes trade strongholds. In the Mycenaean period (after 1400 BC.) came the Achaeans, the Dorians and Ions. Then the Dodecanese islands were ruled by the Persians, until they were liberated by the Athenians.

At the end of the 5th century, Rhodes was known as one of the greatest naval powers. The fourth century BC, the island of Kos has a great prosperity known, partly because of Hippocrates doctors school who was born here. He invented the "The Hippocratic Oath" which nowadays is made by doctors at their graduation.

During the Hellenistic and Roman years, Rhodes and Kos were important cultural centres. During the Byzantine period, these islands were attacked by Persians, Arabs, Venetians and Crusade sailors. In 1309 the islands were occupied by the Knights of the Order of St. John until in 1522 when the Turks took over. In 1821 was the Greek revolt against the Turks and the Dodecanese have been fighting together with the rest of Greece against the Turks. Yet they still didn’t regain their liberty because they served as an exchange item for Evia which was returned to Greece by the Turks in exchange for the Dodecanese. In 1912 Italy occupied the Dodecanese and not until 1948 were they given back to Greece.


Dodecanese in other languages


Dodecanese: Where on the map is Dodecanese located? 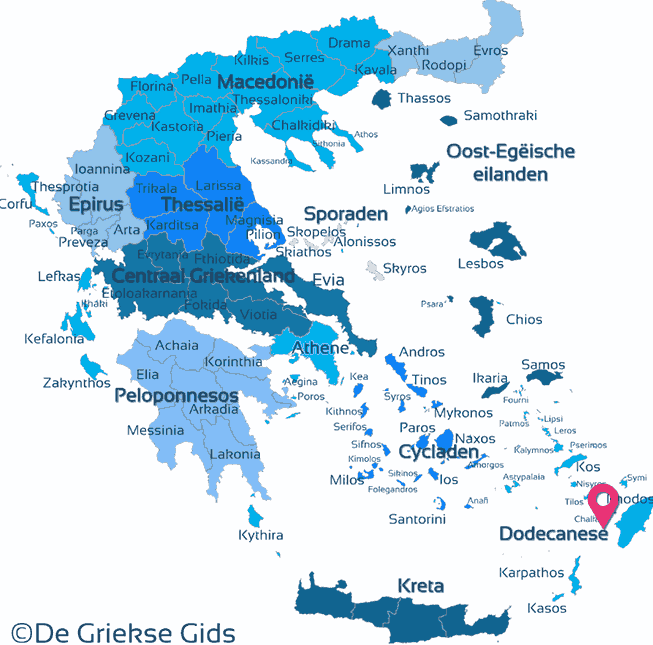 The map of Dodecanese (©JustGreece.com)