Panormos. Panormos is located five kilometers (3 miles) northwest of Pothia, the capital of the Greek island of Kalymnos. It is one of the most popular tourist areas on the island. It is located in a pine-studded surroundings. There are several sandy and pebble beaches in Panormos. The longest beach is a little further south, and is named Kantounia. Next to Kantounia, lies a beach named Linaria. Between the two beaches is a rock called Patela. Above Kantounia, on the slopes of the Bald Mountain, lies the monastery Moni Stavrou. Further north, are several small and large beaches. The most famous beach here is Platis Gialos.

Panormos in other languages


Kalymnos: Where on the map is Panormos located? 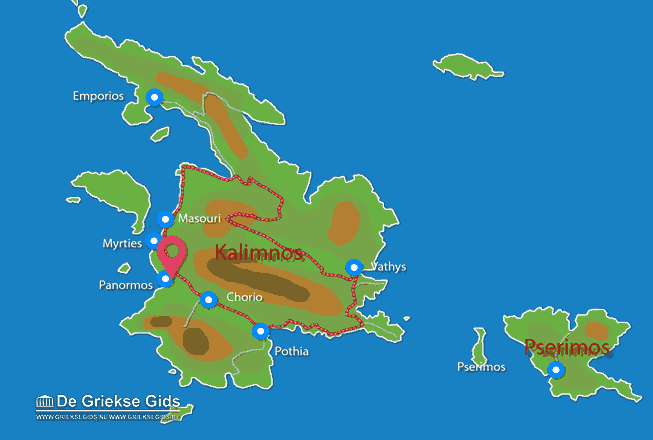