In Arcadia there are many mountains with high peaks and large forests with luxuriant vegetation. It is an unspoilt area, not very well known, full of surprises, almost magical. In the east of Arcadia, at the Argolic Gulf,  are beautiful bays. People travelling in this prefecture, will see a part of Greece, which is apparently unchanged since ancient times. There are many interesting archaeological and historical sites, picturesque villages and also nice seaside tourist resorts.

Capital of Arcadia is the town of Tripoli (Tripolis). It is built at an altitude of 665 meters on a plateau surrounded by several mountain ranges.

The inhabitants of Arcadia would have been the first inhabitants of the Peloponnese. At first they were divided into several tribes, but later they united and founded cities. After their submission was to the Romans (146 AD). the region has never been more of political significance.

Tripolis is the capital of the department of Arcadia. The town is built in the center of a wooded plateau, it is one of the most important agricultural and commercial areas of the Peloponnese. Tripoli is centrally located on the Peloponnese, west of Nafplio and northeast of Kalamata... read more»

Megalopoli literally means "Big City". Megalopolis was founded in 371 BC. Located in the center of the Peloponnese. The main monument is the ancient theater from the fourth century BC... read more»


Arcadia in other languages


Arcadia: Where on the map is Arcadia located? 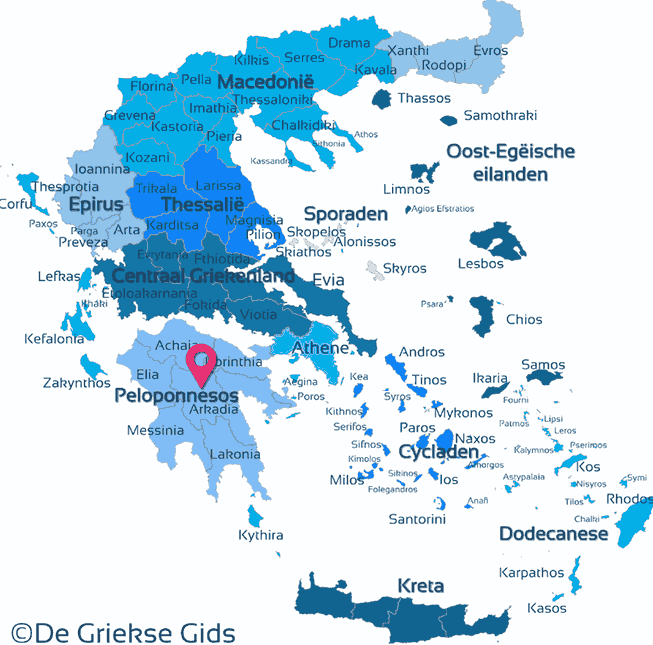 The map of Arcadia - ©JustGreece.com