Kastro. Kastro on the Greek island of Sifnos, is located east of Apollonia and is one of the most beautiful villages of the Aegean Sea. It has been continually inhabited since the prehistoric period. The village lies on a grey, rocky hill, close to the sea.

From medieval times until the year 1836, Kastro (castle) was capital of Sifnos. Beginning in the 14th century, the village has acted as a kind of fortress. The outer walls of the houses form the walls of a fortified settlement. The old entrances to the castle are still being used. Once towers stood here. Local excavation has revealed that people lived here as far back as the Bronze Age.


Sifnos: Where on the map is Kastro located? 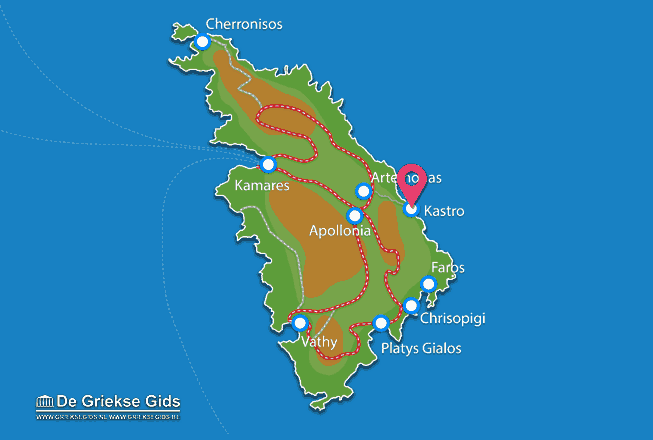 The map of Sifnos (©JustGreece.com)