Orchomenos. Orchomenos is one of the oldest and richest cities of ancient Greece. It was the setting for many early Greek myths.  This rich archaeological site was inhabited from the Neolithic through the Hellenistic periods.  Today it is situated in a low area. Here one can visit a Byzantine church and a Mycenaean tomb. The ancient acropolis has ruins of temples, a theater and other buildings. Don’t leave Orchomenos without tasting the delicious trout, known throughout Greece, or the equally famous fragrant melons.

Orchomenos in other languages


Viotia: Where on the map is Orchomenos located? 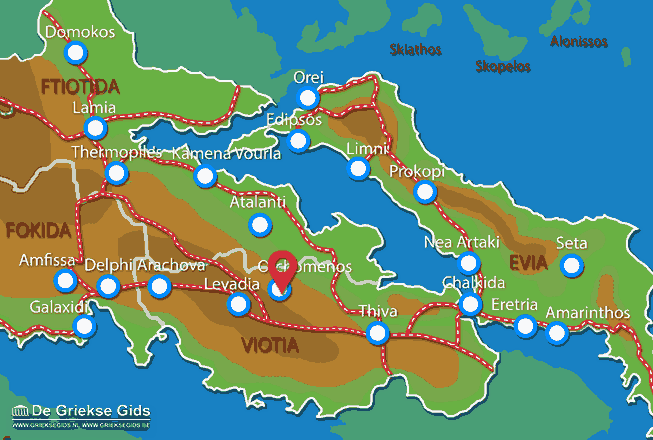 The map of Viotia (©JustGreece.com)