During the Byzantine period, the church was transformed into a nunnery. Later it became a branch of the convent Chozoviotissa. In the year 1757 the monastery was closed after the last nun was deceased. This nun is buried under the floor of the church. In 2011, however, the monastery was reopened and now one nun, Irini, takes care of everything. We were lucky to meet her and speak with her during our visit to the monastery. There is a well in the church. According to the legend, in antiquity, a water oracle and an Apollo Temple were located here. The frescos in the church are from the 17th century or even earlier.

Agios Georgios Valsamitis in other languages


Amorgos: Where on the map is Agios Georgios Valsamitis located? 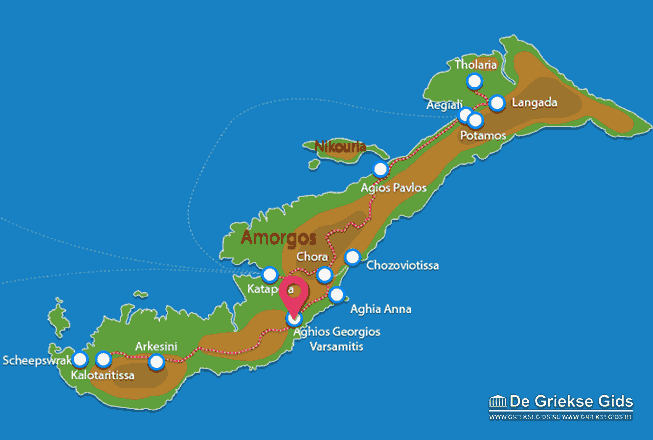