Gythio. Gythio is the largest city of the "Mani" in Greece; the middle arm of the southern Peloponnese was named to the castle of Mainia. It is located in the department of Lakonia.

In the north of the city are located the ruins of the ancient Acropolis and the theatre along with traces of Roman buildings. The island Kranai or Marathonisi, which is now reunited with Gythio would have been the place where Helen and Paris (the son of the king of Troy) spent their first night after they ran away from Menelaus. This would have been the cause of the Trojan War.

The centre of the island is dominated by the Tzannetakis tower.

Gythio in other languages


Lakonia: Where on the map is Gythio located? 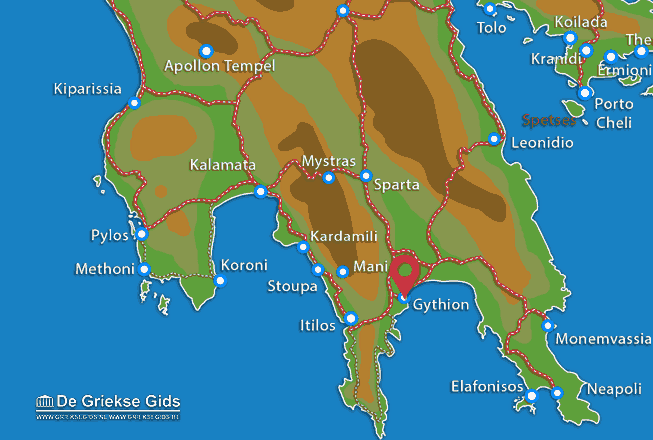