Mani. The area that is covering the central arm in the south of the Peloponnese, with offshoots from Gythio to Cape Tainaro - the southernmost point of mainland Greece -  is called Mani. The name Mani is derived from the Castle of Maina. This castle was built by Guillaume de Villehardouin.

The Romans, the Franks, the Turks; none of them succeeded to subjugate the inhabitants of the Mani. Rebellions against the Turks were often contrived here.

The reason for the tower construction in the area has to do with the fact that in the Mani for centuries ruled the vendetta, which combined with feuds over the lack of land available, caused entire families sometimes to be killed. The upper floors of the towers were a safe place, because they were only accessible by stairs.

Mani in other languages


Lakonia: Where on the map is Mani located? 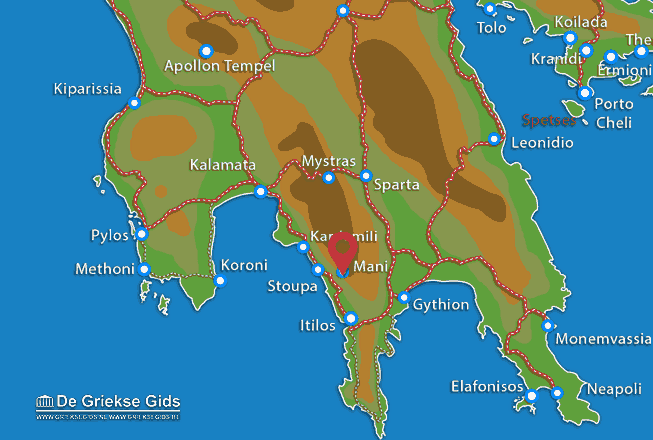