Kastro Agios Georgios. The castle or fortress of Agios Georgios is 8 kilometers (5 miles) southeast of Argostoli on the Greek island of Kefalonia and is one of the island's most important historical sites. It was built in the 12th century by the Byzantines. Later it was occupied by the Ottomans (late 15th century) and then the Venetians who strengthened it at the beginning of the 16th century and gave it the present look.

From the castle you have a beautiful view over southern Kefalonia to even the bay of Argostoli. The entrance is free. You can park the car on the street at the castle. Here you will find the beautiful Byzantine church of Evangelistria, various souvenir shops, tavernas and a cozy café.


Kefalonia: Where on the map is Kastro located? 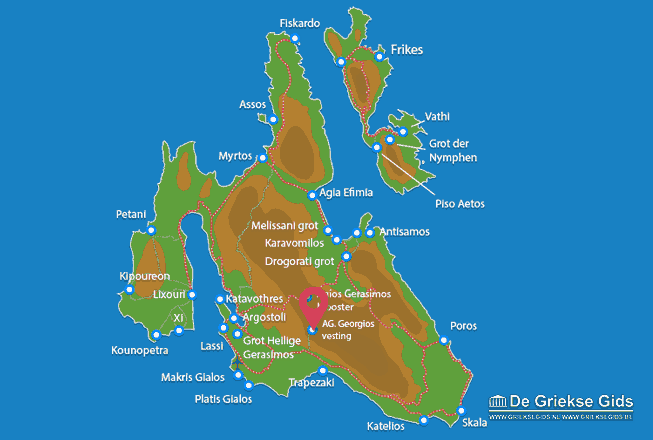