Tempi is the name of the fertile valley of Thessaly on the mainland of Greece. Tempi is one of the most beautiful regions of Greece. According to Greek mythology, the name "Tempi" comes from the verb "Temno"  which means shredding or slicing. There might once have been a severe earthquake and the mountains were torn through the middle. The water of the sea flowed through.

The width of the valley is about 10 kilometers (6 mi) and is situated between the mountain Ossa and Olympus. It’s quite famous hanging bridge of the Pinios river is visited daily by many Greek and foreign tourists. The view over the green area with plane trees, cypress trees and lush plants is like a fairy tale.

Sights:
The village Ambelakia with the traditional houses
The village Rapsani from the time of Turkish rule
Several historic old churches

Tempi in other languages


Larissa: Where on the map is Tempi located? 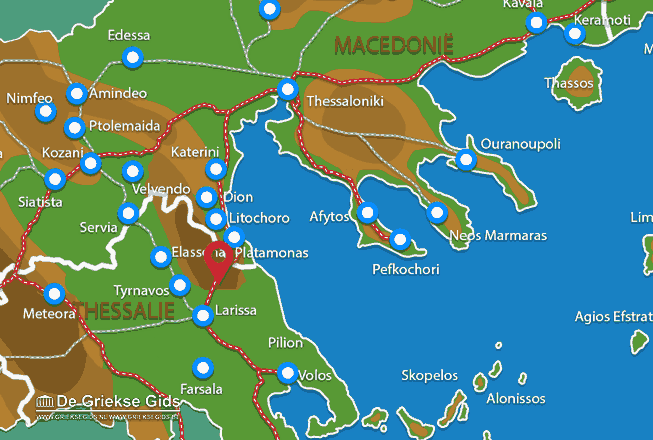 The map of Larissa (©JustGreece.com)