Ithaki or Ithaca. Ithaca is a wonderfully quiet Greek island without mass tourism. It is located close to the island of Kefalonia and to the south of Lefkada. It is part of the Ionian island group. According to the Odyssey by Homer, Odysseus was king of this island.

During the summer months, many former islanders, who have since emigrated, visit their island with their families.  Due to the location in the Ionian Sea, many sailing boats come to the ports in Vathy, Frikes and Kioni. Also possible are day trips from Ithaca to other islands. There are no large beaches on Ithaca but there are plenty of small beaches where you can the beach all to yourself in the first two weeks of August!

In the main town of Vathy are shops, restaurants and cozy terraces. Near Vathy, located on the mountain slopes is the traditional village of Perachori, a nice quiet mountain village. For a wonderful trip, go from Vathy via Lefki to Stavros in the north of Ithaca. From the big bay to Vathy there are two routes; One via the main road (the west side), the other choice is to go through the high mountain (the east side). Either way, you arrive in Stavros. Stavros is a nice village with some shops and tavernas.

Under Stavros lies the Polis Bay with a tavern and beach, a beautiful anchorage for yachts. Then you can continue to the beautiful mountain village of Exogi, to the sources of Kalamos or to the harbors of Frikes and Kioni, both peaceful villages! You can take beautiful walks or mountaineering tours across the island.

If you want to stay on the island, there are plenty of possibilities to stay overnight, but from the end of July to the second half of August we recommend making your reservation in advance.

Good to know: Ithaca is a small island with a glorious history, known all around the world because it was the homeland of Odysseus, the hero of Homer's Odyssey.

How to get on Ithaca?

Ithaca is connected daily by ferry with Cephalonia, Lefkada (Lefkas), Patra (Peloponnese) and in the prefecture Aetoloakrnania. Ithaca has two ports, Vathy and Piso Aetos, both connected with Sami and Patras. Piso Aetos is also connected to Fiskardo of Kefalonia, to Vassiliki of Lefkada and Astakos of Aetolokarnania (Greek mainland – Central Greece). Ferries connect also Frikes to Fiskardo, Vassiliki  and Nydri (Lefkada). 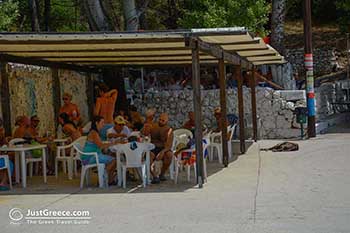 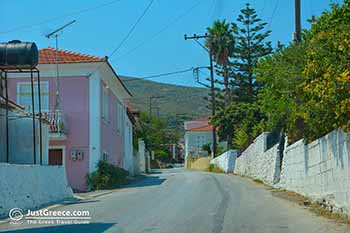 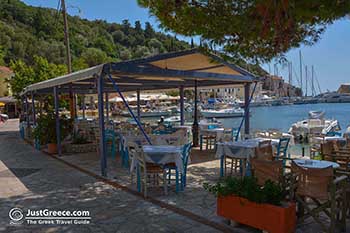 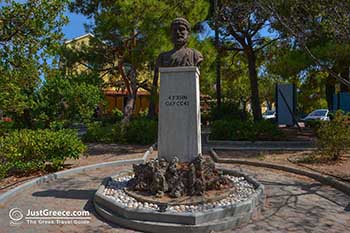 
Ithaca in other languages


Ithaca: Where on the map is Ithaca located?

The map of Ithaca - ©JustGreece.com