Aedipsos. Aedipsos is one of the most famous Spa resorts in Greece. It is also one of the oldest resorts in Greece. Aedipsos is located 120 kilometers (75 miiles) north of Halkida and 150 kilometers (93 miles) from Athens. Aedipsos was known for its curative springs even earlier than the Roman Empire. Famous Roman emperors and generals (including General Sylla) came here to heal. Hence, here is one of the most luxurious hotels, named after the general; the Thermae Sylla Spa & Wellness Hotel. During the Byzantine era, the spa of Aedipsos thrived, but came abruptly to an end during the Turkish occupation. In 1887, its reconstruction began. Aedipsos today is a pleasant tourist town with approximately 7,000 inhabitants. Here you can find basic hotels as well as luxury hotels. There is a nice promenade with numerous cafes, taverns and shops.


Euboea: Where on the map is Aedipsos located? 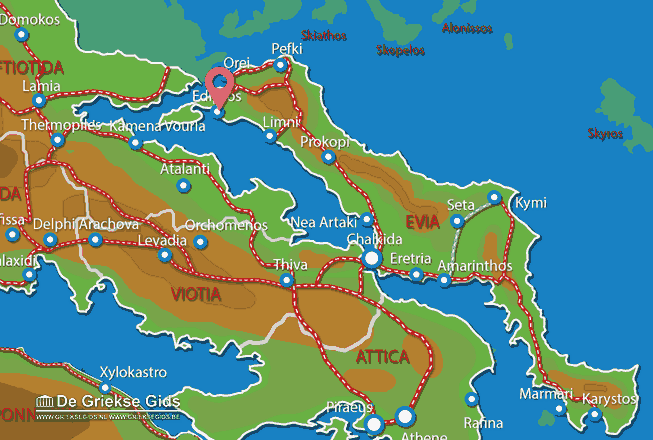