Monastery Osios David in Drymonas. Northeast of Rovies, in a beautifully wooded area near the village Drimonas, sits the monastery of Osios David. Osios David was born in the first half of the 16th century (1519) in Gardenitsa town in Viotia. When "little David" was three years old, he was suddenly missing and his parents panicked. Six days after, he was found in a small church near his home. When they found him, he said he went with John the Baptist, at John’s request! This was a sign that David was not just a child. When he was 15 years old, he went to a monastery in the prefecture of Magnesia, to be a monk. Because he was always very serious about his faith in progress, he commanded the respect of all the people around him and so he was given the name “David o Geron,” that literally means “David the Elder,” referring to his serious behavior. First he was a monk, then later he became ruler of the Holy Monastery Varnakova in Nafpaktos (Central Greece).

Osios David in other languages


Euboea: Where on the map is Osios David located? 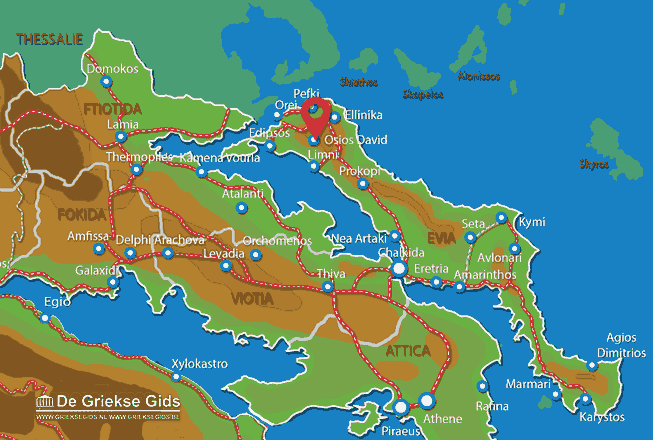