Argos. Argos is located in an area with wine grapes, olive groves and apricot groves and is now the commercial and agricultural capital of the prefecture Argolida in Greece. The city has preserved some neoclassical buildings, the neoclassical market and the military barracks from the time of Kapoditrias. The archaeological museum at the Vas. Olga street has an interesting collection of local finds. After the destruction of Mycenae, Argos began to develop. The highlight as one of the most powerful cities in Greece was reached in the 7th century BC.

Argos is a rich agricultural town with a glorious history. With a castle dating from the 6th century, a well-preserved ancient Greek theatre, Roman ruins next to the theatre and the archaeological museum. The region is known for its beautiful coastlines, golden valleys, barren mountains and greatness of the monuments.

Argos is one of the oldest cities in Europe. The new city of Argos is built on top of the old town.

Argos in other languages


Argolida: Where on the map is Argos located? 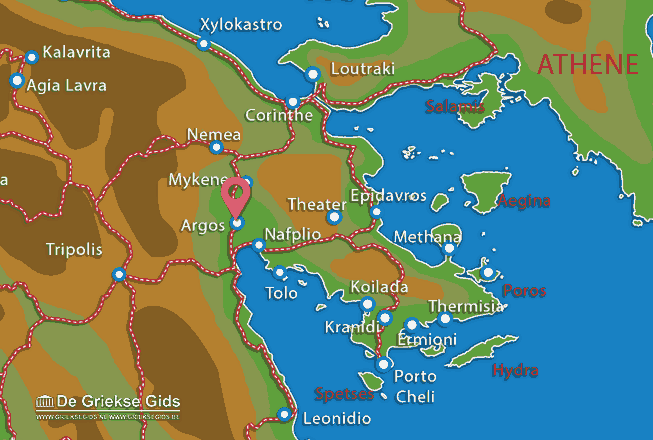