Platanos. Platanos, the ancient capital of the Greek island of Leros, it is right next to the new capital Agia Marina. Because of their proximity, the names of these two villages are often heard in one breath. Platanos is located against the hills behind Agia Marina. Here you will find the oldest buildings, which, for the most part, have been preserved very well.

Platanos, owes its name to an ancient plane tree dating to 1765. During that time, under the rule of Nikolaos Tsigadas Bey, the village was expanded and renovated. Neoclassical buildings, such as the house of the governor, the hall for the elderly and the public market were renovated. Today, the town hall and the public library are located at the open market.

A walk through the narrow streets and small squares is a must. There are water fountains, a windmill and traditional Greek cafes.

Platanos in other languages


Leros: Where on the map is Platanos located? 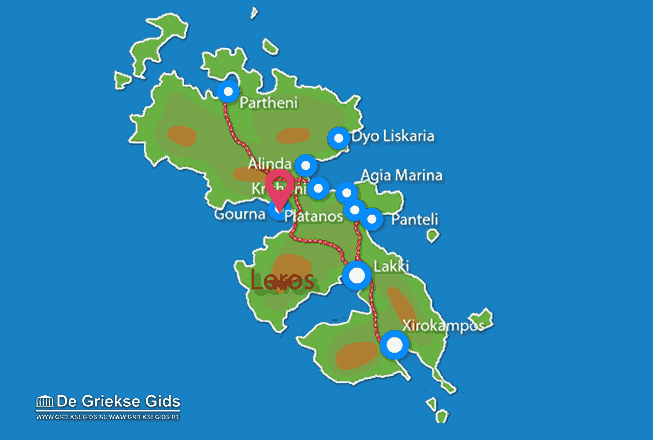