Xerokambos. Xerokambos or Xirokambos is located in the south of the Greek island of Leros, seven kilometers (4 mi) south of the capital, Agia Marina. It is a small fishing village in the narrow bay. It is opposite the northern tip of the island of Kalymnos. The village is situated in a small valley with many olive and almond trees.

In Xerokambos, at an altitude of 70 meters lie the ruins of Palaiokastro, which is also called Kastro ton Lepidon. This castle is over 2,500 years old and is the oldest castle on the island. In ancient times an Acropolis was located here. It was built during the Mycenaean period, and in the fourth BC reached its peak.

Today there are remains of the ancient wall and the remains of an early Christian church to see. Later, a beautiful chapel was built among the ruins, the Panagia chapel.


Leros: Where on the map is Xerokambos located? 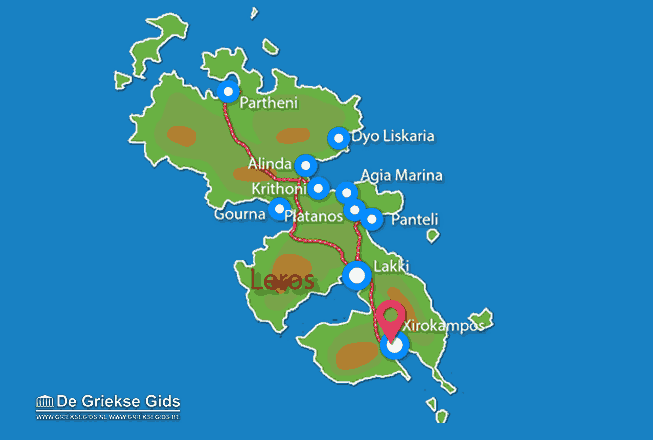