Old and New Kameni (Palia and Nea Kameni). Old and New Kameni are the two islands that are located in the middle of the bay of Santorini. Old Kameni is the small island, and New Kameni is the larger island. They are actually the tops of a volcano sitting below sea level. Some rocks in the area are 485 years old, while other are only 55 years old, depending on which eruption exposed them. In the year 1600 BC, the great eruption took place and in the year 1950, nine eruptions took place.  Eruptions have formed the two islands and over time the islands have grown in size.

Since its last eruption in 1950, the islands have become calmer. However, hot gases coming out of the ground, the fragrance of the warm seawater and sulfuric acid remind us that this is a living volcano.

These two islands are visited each day by tourist boats from Santorini’s harbor, Fira and the port of Athinios.

Kameni in other languages


Santorini: Where on the map is Kameni located? 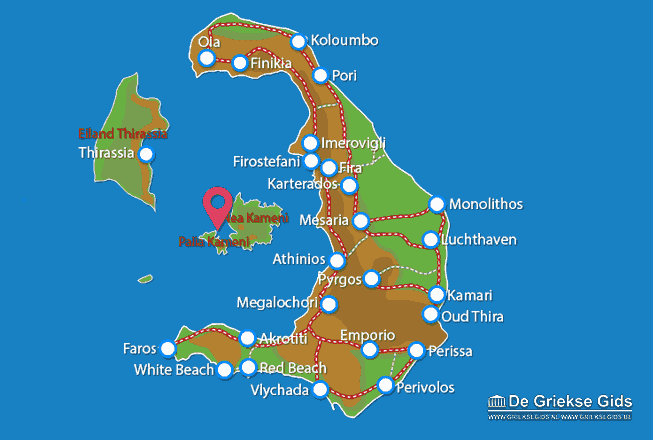