Pyrgos. Pyrgos is a village on the Greek island of Santorini. It is located five kilometers (3 mi) south of Fira, on one of the highest points of the island. This village was the capital of Santorini until 1800.

On top of a hill, in the heart of Pyrgos, is the medieval castle of Pyrgos. Venetians built the castle in the 13th century. The Greeks call it “Kasteli.” All kinds of restaurants and cafeterias are located here and the view of Santorini is spectacular. The houses in Pyrgos are built on the slopes around this hill. One of the most important churches here is the church Theotokaki. This church was likely built in the 10th century.

Pyrgos in other languages


Santorini: Where on the map is Pyrgos located? 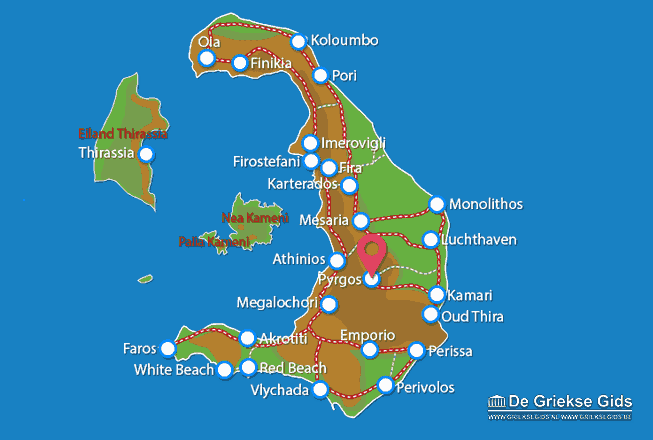