Lithakia. The village of Lithakia (Lithakiá) is located south of Macherado and north of Keri, Agios Sostis and Laganas. It is a traditional village which is hardly influenced by the arrival of tourists and has preserved its original style. In Lithakia is the church of Agios Ioannis located, built in the 16th century. Lithakia lies in the middle of olive fields and is one of the oldest villages on the island. In the village are a number of buildings of historical and cultural value, such as the building of the family Messala. This building is a typical example of a Zakynthian mansion dating from the 19th century. During the British rule, this building was used as a courtroom. It was restored in 1990 and today it serves as a centre for environmental education.

Lithakia in other languages


Zakynthos: Where on the map is Lithakia located? 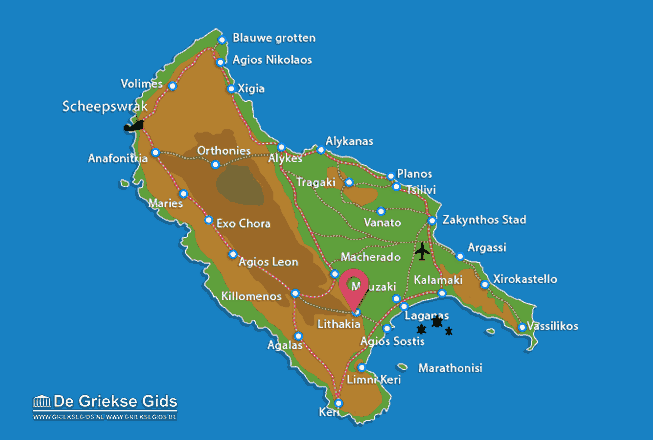