Cape Lefkatas. When you visit Porto Katsiki by car, it is actually a small effort to visit also Cape Lefkatas. The Cape is known from ancient times and was even described by Homer in his stories. The lighthouse here, which belongs to the Greek Navy, is about 60 meters above sea level. On this spot was the temple of Apollo in antiquity located. According to Greek mythology people jumped down from here to get rid of their heartbreak, so did the Goddess Aphrodite. Later, the poetess Sappho jumped also from the steep rock into the sea, but for a different reason; according to a law,women that cheated on their husbands were punished by being made to jump down from the high rocks into the sea. The first woman to receive this punishment was Sappho. Sappho did not survive the fall. Because of Sappho, this cape is now also called "Kavos tis Kyras", what in Greek means "The Cape of the Lady".

Cape Lefkatas in other languages


Lefkada: Where on the map is Cape Lefkatas located? 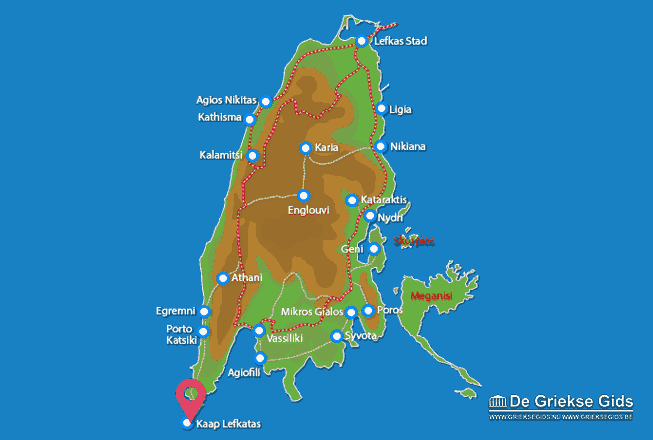