Eftalou. Eftalou is located approximately three kilometers from Molyvos, in the north of the island of Lesbos. There's a large pebble beach that is well organised and very crowded during summer. Eftalou has developed tourism in recent years with the arrival of several large and smaller hotels and apartments. In addition, there are numerous restaurants, bars and tavernas.

In Eftalou are healing hot springs and a bath-house with thermal baths. You can swim in the sea or sit along the coastline, where the warm mineral water is seeping through the rocks and mixes with the seawater. Characteristic here are the small bays that are surrounded by dense vegetation. These small bays give guests the feeling as if they have their own private beaches.

Eftalou is the home of the famous literary Venezis Iliad and the tomb of the poet Argiris Eftaliotis.There is transport between Eftalou and Molyvos in the summer.


Lesbos: Where on the map is Eftalou located? 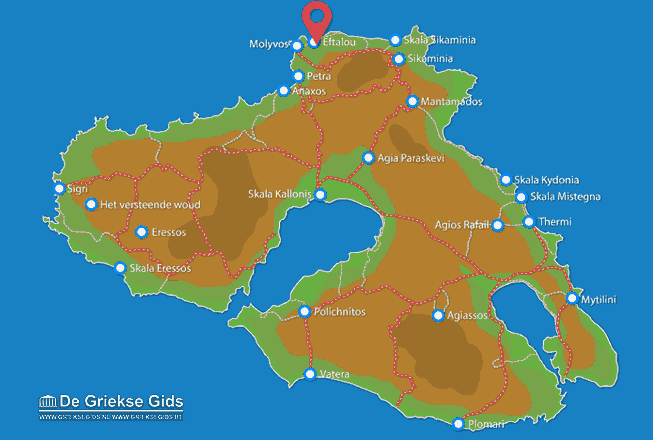