The village is very popular among Greek tourists, especially in Karavostamo are many traditional tavernas. It is located in an area with a lot of greenery and many plane trees. When you arrive through the pretty winding road at Karavostamo, you first see the beautiful large church of Agioi Anargiri. Formerly the village was called Karavostasi, literally meaning 'boat stop’. The village was attacked by pirates in the Middle Ages often and therefore most residents lived in the upper parts of the village.

Every year a great celebration is held in Karavostamo on the first of July, the day of the feast of Agioi Anargiri. Christmas is also celebrated here in a traditional way in which young and old walk from house to house and sing carols. Naturally, this is accompanied by good food and plenty of drinks!

Karavostamo in other languages


Ikaria: Where on the map is Karavostamo located? 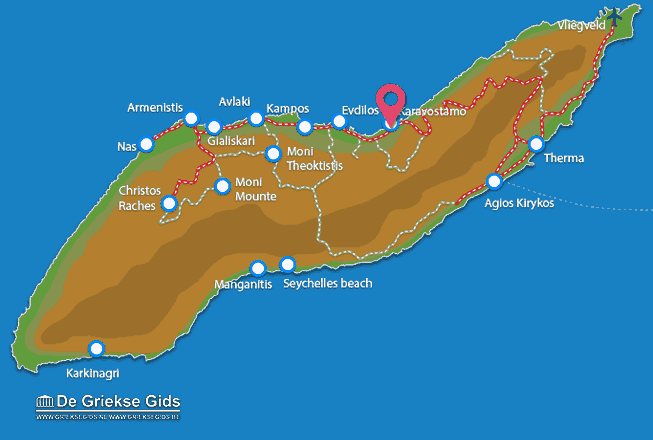