Moni Mounte. Mounte Moni is a monastery in the mountains of northwestern Ikaria. It is located eight kilometers south of Armenistis, surrounded by beautiful pine forests, plane trees and olive trees.

A visit to this monastery is more than worth it. The nature in the area is pretty amazing, it is located in an area with plenty of running water and a few hundred meters from the small dam that forms a lake in the mountains where water-birds feel at home.

The church on the property actually consists of three separate churches, each with its own altar. The centre is dedicated to the Blessed Mother, the second to the 12 Apostles and the third to the Assumption.

Until the year 2013 it was a convent with nuns, now it is a monastery. In the monastery now lives a monk, Efrosinos.

Moni Mounte in other languages


Ikaria: Where on the map is Moni Mounte located? 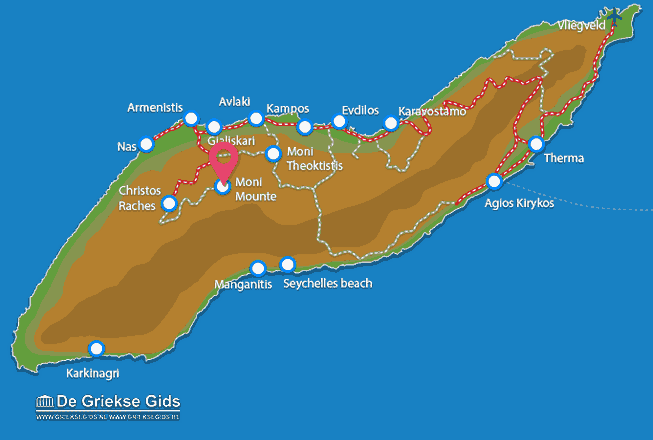