Kattavia. Kattavia is a small village located in the south of the Greek island of Rhodes, about 100 kilometers (60 mi) from Rhodes town.

The 500 or so inhabitants of the village are mainly farmers, but the village has a long tradition of weaving. In the village are several cafes and some shops. Kattavia is a traditional village that hasn’t been affected by tourism.

Eight kilometers (5 mi) south, along the coast, lies the peninsula Prasonisi. The islet is attached to the mainland by a one kilometer long strip of sand. When the weather is bad and there are big waves you see nothing more of this strip. The wind can be strong and that's why this area is popular with surfers and kite surfers.

Main attractions in Kattavia and Prasonisi are:


Rhodes: Where on the map is Kattavia located? 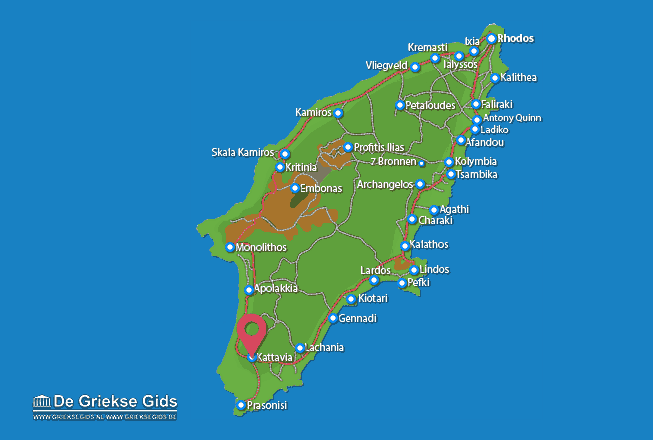