Trianda (Trianta or Ialyssos). Trianda on the Greek island of Rhodes is just like Ixia, a lively resort with many restaurants, bars and shops. The restaurants are nice and good food is very affordable. The pebble beach is wide and expansive. From Trianda you are about 15 minutes from Rhodes town by car or bus. A nice restaurant is Image, run by Yiannis and Nikos, where you can get delicious Greek food. It lies on the left side of the road from the beach just before the traffic lights.

The town itself is nice to take a walk through. It has typical Greek streets, but there's not much culture. For culture you can go to the nearby Filerimos hill, where a medieval monastery (Panagia Filerimos) and church were built in the 15th century. The Italians had the convent converted into a church with four chapels and also built a huge cross.

Trianda literally means "thirty." To explain the name, it is said that at one time the whole area here was divided into 30 pieces.


Rhodes: Where on the map is Trianda located? 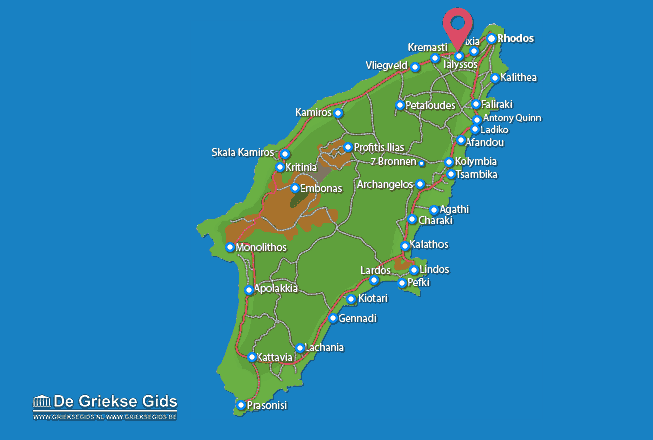