Melambes. Melambes on the south of the island of Crete, belongs to the municipality of Lambi and has about 1000 inhabitants. Melambes is located between Spili and Agia Galini and at 570 meters above sea level. It is a mountain village located on the northern slopes of Mount Vouvala, 45 kilometres from Rethymnon city. In the centre of the village there are several cafes, a bakery, a butcher, a greengrocer and a taverna. Lots of locals from Melambes work during summer in the nice tourist village of Agia Galini. The route between Melambes to Agia Galini is wonderful, because you get a fantastic view of the Libyan sea. The road is indeed one with many hairpin bends, yet it is highly recommended to do this route. From Melambes you also have a nice view of the Ida Mountains and the mountain of Kentros which is 1500 meters high.


Rethymno Prefecture: Where on the map is Melambes located? 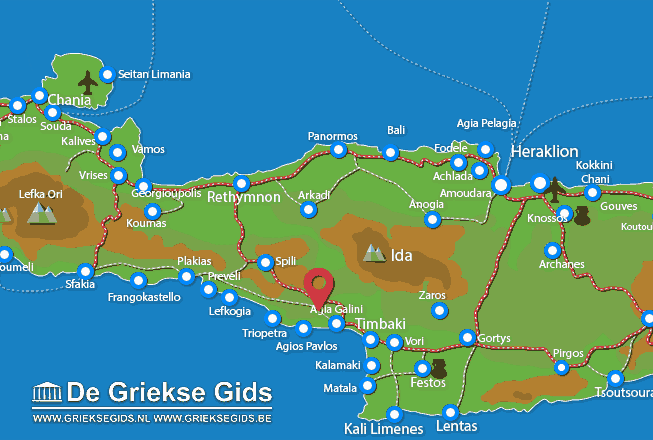