Roustika. Roustika is a small traditional Cretan village south of Rethymnon town. Venetian influences are clearly visible. Roustika is located about 20 km from Rethymnon on the route-Atsipopoulo Rethymnon-Gonia. In Roustika live approximately 300 people. The village is built amphitheatrically on the slopes of a green mountain. The village is a listed area, one cannot build indiscriminately here, everything should be in the traditional old style. In 2005, the village won an award as the most well-kept village of the department of Rethymnon. The village is built at about three hundred meters altitude, on the hill Ambelos. It is a village that was formed during the Venetian period. The name Roustika comes from the Arabic word “Roustak” which means “village”. Others claim that it derives from the Latin because Rustica means agricultural.


Rethymno Prefecture: Where on the map is Roustika located? 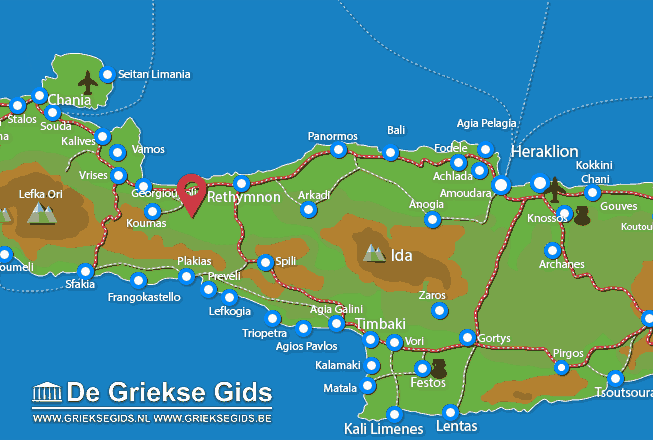