Pigi. Pigi is a small village, on the island of Crete, eight kilometres southeast of Rethymno city. The village is just above the village of Adele on the road to Arkadi monastery. It lies in a fertile area with many olive groves. The distance to the beach is about three kilometres (Pigianos Kampos). In Pigianos Kampos there are many restaurants and hotels. In Pigi there are several churches, some of which were built in the period between the 11th and 15th centuries. Close to Pigi there have been many important archaeological finds. The village has a nice square with kafeneions, tavernas, a bakery and a mini-market. The name 'Pigi' means 'Source'. The village got its name from a source where a lot of water came out which was here centuries ago.

Pigi in other languages


Rethymno Prefecture: Where on the map is Pigi located? 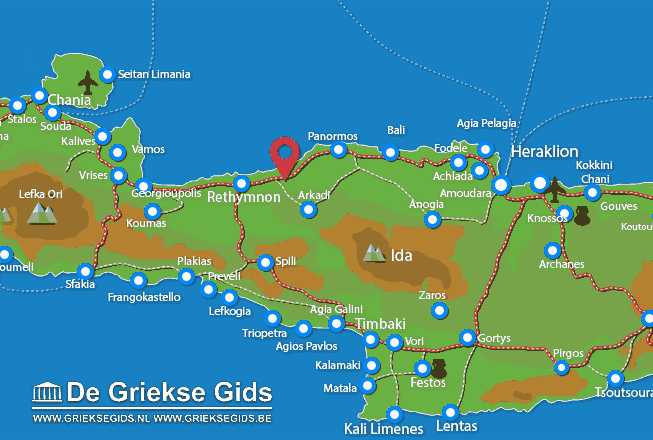