Aghia Pelagia. Aghia Pelagia is a seaside village in the northeast of Kythira (25 kilometres from Chora), named after the church of the village which is situated on the beach. It is one of the largest villages on the island with about 300 permanent residents. The village has a small harbour, and in addition, there are several restaurants and cafes. Some restaurants have placed their tables almost in the water, under pine trees. There are several hotels and apartments. Very popular are the beaches of Aghia Pelagia, because the water is shallow, ideal for families with young children. In the summer months, various sports activities are organised here like beach volleyball and beach tennis.

South of the village are several great beaches such Firi Ammos, Kalamitsi, Lorentzo and Kakia Lagada. In Kakia Lagada is the homonymous gorge, it is a very beautiful area to visit. In the gorge of Kakia Lagada is Paliochora, which houses the remains of an ancient Byzantine castle town. This castle was built in the twelfth century by inhabitants who came from Monemvasia (Peloponnese), the previous name of this village was Agios Dimitrios. Agios Dimitrios became the Byzantine capital of the island. When in the 16th century, the pirate Barbarossa and his team of pirates landed on the beach at Lagada Kakia he had only one goal in mind : to plunder the island and then sell or kill the inhabitants.. Since this catastrophe at Agios Dimitrios, it has never been inhabited again.

Agia Pelagia in other languages


Kythira: Where on the map is Agia Pelagia located? 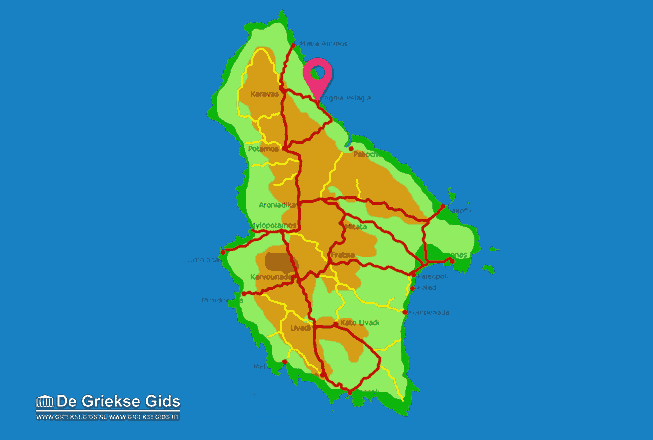