Skala Prinos is the village on the coast, which in recent years has developed tourism tremendously. At the coastline there are restaurants, cafes, mini markets, car rentals and other shops. Here there are beautiful sandy beaches, two of which have received the "Blue Flag" award, the quality symbol of good beaches and a clean sea. The sea here is very shallow and calm making it an ideal destination for families with small children. Skala Prinos (also called Skala Prinou) consists of two hamlets, Neos Prinos (also called Dasyllio) and Ormos Prinou (Bay of Prinos). Here is the second largest port of Thassos and from here there is a direct ferry connection with the mainland of Greece including with Kavala and Nea Peramos (see map). The distance to Thassos town is 14 kilometers and 24 kilometers from Limenaria. Is very near Skala Rachonis (approximately 4 kilometers).

Skala Prinos in other languages


Thassos: Where on the map is Skala Prinos located? 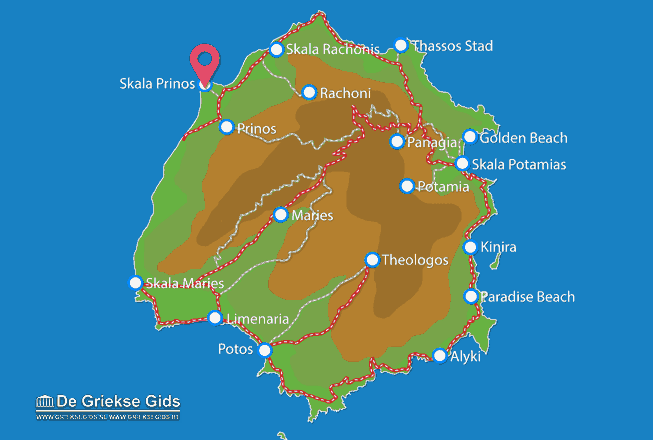