Gomati. Gomati is a traditional village in Northern Greece, on the road Ierissos-Megali-Panagia in the prefecture of Halkidiki. It is located south of Mount Paivouni, 11 kilometers (7 mi) from Ierissos, in the middle of green hills and valleys.

About 600 inhabitants live in Gomati. Most are engaged in agriculture and animal husbandry. The origin Byzantine village of Gomati was completely destroyed during an earthquake in 1932, but a new Gomati has been rebuilt in its place.

The village has a kindergarten, a primary school and a cultural association for women. The largest church is the church of the Holy Mother. Every year on August 15 a big festival is held. Near Gomati are two campsites: Eleonas and the Christian camp that belongs to the Holy Church of Agia Triada (Holy Trinity). Near Gomati there are several nice beaches including Develiki, Malathria, Pyrgos, Chiliadou and Kastri.

Gomati in other languages


Halkidiki: Where on the map is Gomati located? 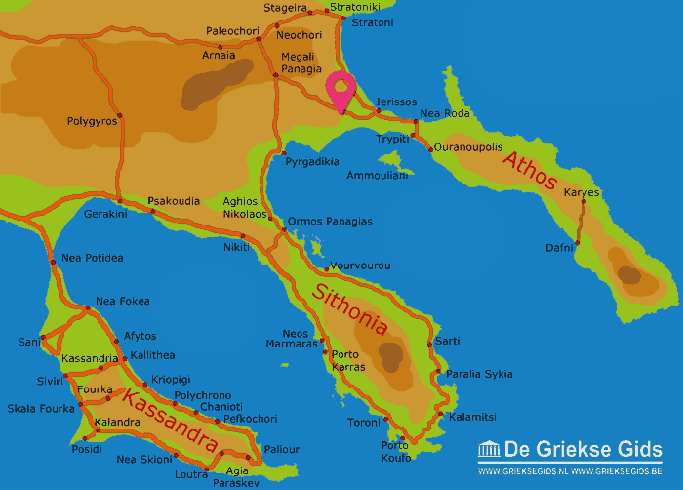