Kalamitsi. Kalamitsi is truly paradise! It is located 144 kilometers (89 mi) from Thessaloniki and 86 kilometers (53 mi) from Polygyros. Kalamitsi is a quiet village, in the far southeast of the peninsula Sithonia of Halkidiki. Beautiful sandy beaches attract many tourists. The biggest advantage of this area is that it is far away, so there is no mass tourism. Kalamitsi is just nice, quiet and cozy.

The white sandy beaches, turquoise sea, the green hills around Kalamitsi are fantastic. On the beach of Kalamitsi are some campsites, there are also hotels and apartments and rooms for rent. Opposite the beach and in the sea is a monumental rock, which is the mark of Kalamitsi.

In Kalamitsi all kind of watersports are possible like diving, scuba diving, canoeing and paddle boating. South of Kalamisti is a lovely area, called Kartali. The village of Ambelos has large fish farms.

Kalamitsi in other languages


Halkidiki: Where on the map is Kalamitsi located? 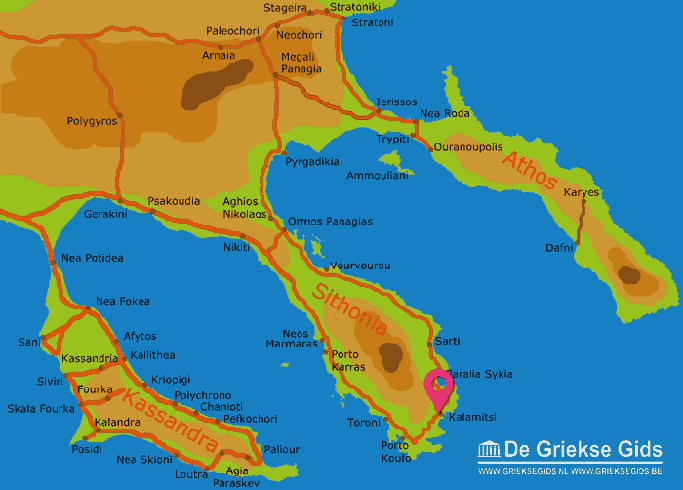