Toroni. Toroni is located 138 kilometers (86 mi) from Thessaloniki and 76 kilometers (47 mi) from Polygyros. It lies on the west coast of the peninsula Sithonia in Halkidiki. According to Greek mythology, Toroni was the wife of Proteus who was the son of the Greek god Poseidon.

Today, Toroni has only 250 inhabitants, though it is still a popular holiday resort. Toroni was founded in the 7th century BC by seafarers from Chalkida in Euboea. Most residents of the village are engaged in tourism but there are also farmers and fishermen.

Just outside Toroni, on the Likithos peninsula, lies the ancient Toroni. A visit to the ruins of this castle is worth the effort. In antiquity, Toroni was known for the trade in wine. In Anemomilos you can see the ruins of ancient walls. Another attraction is the early Christian church of Agios Athanasios from the 5th century. Around Toroni there are beautiful beaches and campsites. Toroni has plenty rooms and apartments to rent and there are hotels in all price ranges.

Toroni in other languages


Halkidiki: Where on the map is Toroni located? 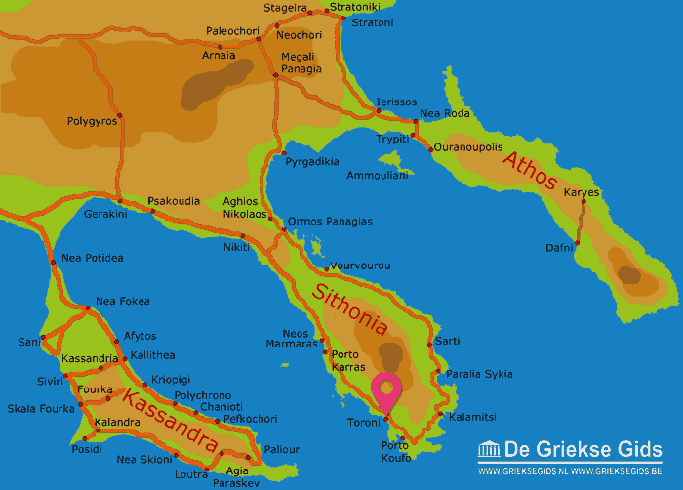