Gortys (Gortyna). Gortys is an archaeological site on the Greek island of Crete. It is, after Phaistos, the most famous ancient ruin site of South Crete. Gortys is located near the village of Agioi Deka (means “The 10 Saints”) and it was formerly a very important city. This city is also called the “Roman capital of Crete”. Gortys was in that time built on an old cemetery. The first thing you see when you enter is the Basilica of St. Titus. Titus was left here by Apostle Paul to spread the word about Christianity. Titus later became the first bishop of Crete. Gortys is also famous for its Odeon and its laws. The Odeon was a roofed temple of music. As far as the laws of Gortys go these are texts from the 5th century BC. , written in a Cretan/Doric dialect.


Heraklion Prefecture: Where on the map is Gortys located? 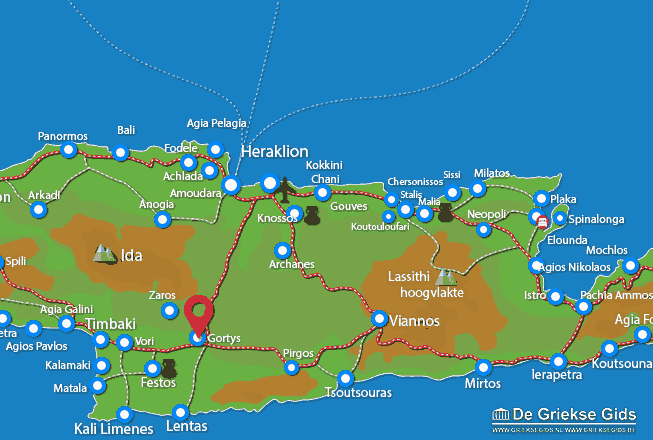