Lendas. Lendas is located on the south coast of central Crete. It is a beautiful village on the Libyan sea. It is not touristy at all, there are only some backpackers and day trippers. However, there are some nice, typical Cretan tavernas. It's a bit of an alternative holiday village where you can listen to romantic guitar music on the beach and really relax. There are rooms in almost every house for rent. There is a supermarket in the village. The village has small family apartments, tavernas and even an internet cafe! The lemonade factory "Lenta" is located in the village of Miamou atop of the mountain. The road from Gortys to Lentas runs through olive groves and behind the village of Platanos and then the road winds on to the bare area of the Asteroussia mountain. The higher you go the more beautiful the views are of the Libyan Sea. Once a day there is a bus service to Iraklion, through Agii Deka.

Lendas in other languages


Heraklion Prefecture: Where on the map is Lendas located? 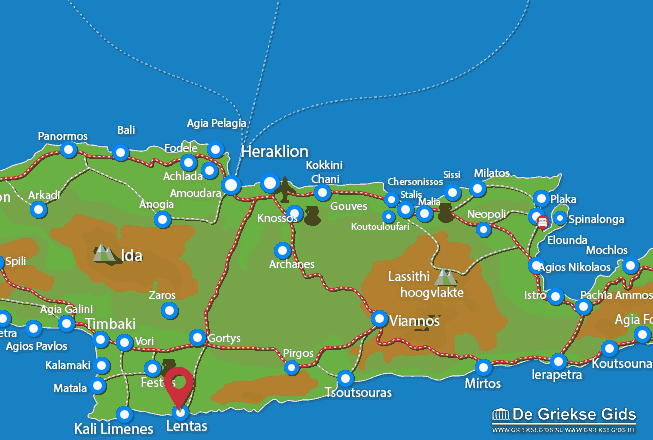