Kandanos. Kandanos is a special mountain village, in the heart of Chania on the island of Crete. It lies on the route Chania Town - Paleochora, on the slopes of the White Mountains (Lefka Ori) and is surrounded by very green nature. The village has a large square with typical Cretan tavernas which are serve local specialties.There is a Remarkable big, beautiful village church here. When you are in Kandanos, you can see various monuments in the town square. Marble plaques are engraved with the names of villagers who were slain by the Nazis during World War II. In May 1943 25 German soldiers were in the chasm of Kandanos killed by freedom fighters. In reprisals, the village was bombed a week later and all the locals were executed by the Nazis. After this horrible action, they left behind a board with the sarcastic text "Here was Kandanos, this village no longer exists."
Kandanos however still does exists!


Chania Prefecture: Where on the map is Kandanos located? 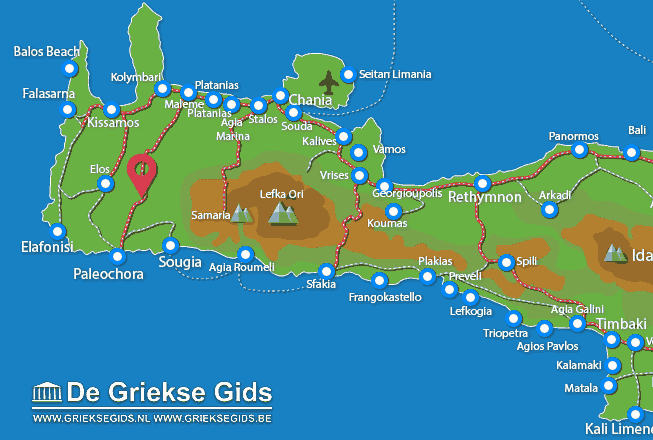