Therissos. Therissos is a beautiful mountain village south of Chania city and it lies on the island of Crete. It is situated north of the White Mountains (Lefka Ori), 16 kilometers from Chania town and is accessible within half an hour by car. North of Therissos is the same gorge (6 kilometers), which runs through the village of Mournies. They call this gorge also the "Eleftherios Venizelos" gorge. In Therissos live just over 100 people, many of them are farmers. The village is in the middle of a beautiful natural setting. Therissos has played a very important role in Cretan history; in 1905 it was Eleftherios Venizelos who announced the rebellion here to liberate the prince of Crete (Georgios) to achieve the union with the rest of Greece. The building is still there and has been transformed into a museum. In the museum there are all kinds of personal belongings to see.

Around the village there are several places of interest:


Chania Prefecture: Where on the map is Therissos located? 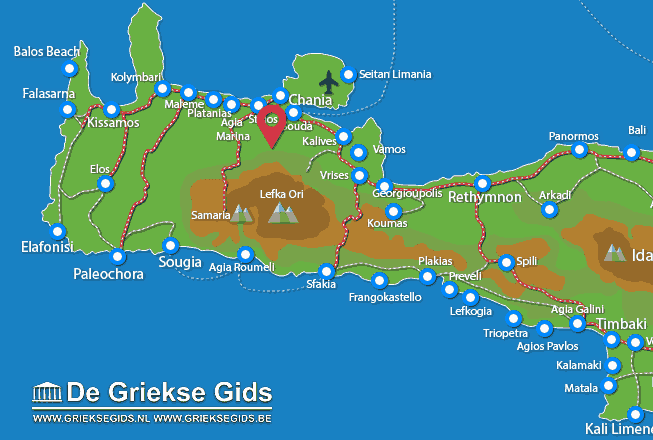